The search for local craft beer in central Nassau is thankfully over with the Grand Opening on May 1 of Lost Farmer Brewing Company in Mineola.  A ribbon cutting was held at the brewery on April 30 with Mayor Scott Strauss and other members of the village board of trustees along with members of the Mineola Chamber of Commerce.  Lost Farmer Brewing’s co-founders, Domenick Petralia and John Strom, are childhood friends from Garden City.  “We developed a passion for craft beer over the years and decided to take the next step by opening a brewery,” said Petralia.  They found a location on Second Avenue in Mineola, an industrial area just north of the LIRR tracks, and began construction in 2020, with much of the amazing work done by John himself and his talented crew, who owns Strom Home Remodeling based in Garden City. Lost Farmer will focus on using local and exotic ingredients to produce high quality brews.  “Our name pays tribute to the small, unknown lost generations of farmers and farms across New York State who grow the ingredients we use to brew our beers,” said Petralia. It also refers to the location of our brewery, which is somewhat in a “Get Lost” atmosphere and retro environment brought into an utterly booming metropolis area such as Mineola.  Lost Farmer is a Craft Malt Certified brewery, demonstrating its commitment to using malt from local providers. “We get the majority of our malts from Hudson Valley Malt, an artisan craft malthouse in Germantown, New York,” said Petralia. Lost Farmer has snacks available in the taproom including delicious locally handmade focaccia bread and hot Bavarian pretzels.  Biscuits & Barbecue, a local standout for Cajun and Creole food, is located a block away across the street, and will offer a special menu for patrons of Lost Brewing on Tuesdays to Thursdays.  On the weekends, Lost Farmer plans to have food trucks in the courtyard and occasional live music.  The taproom is dog friendly and kid friendly, and Sundays will be family day with an occasional Mister Softee ice cream truck appearance. 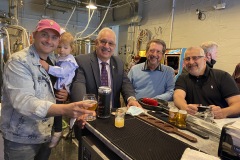 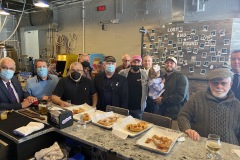 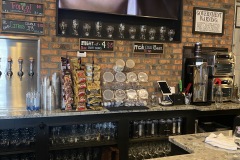 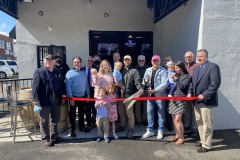 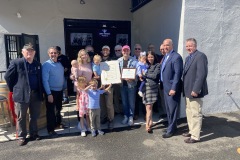 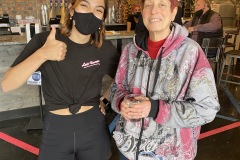 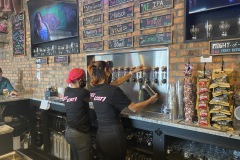 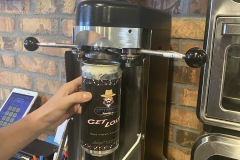 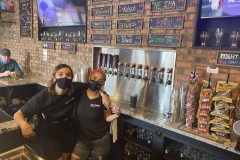 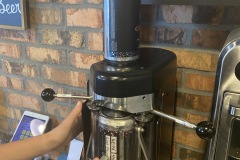 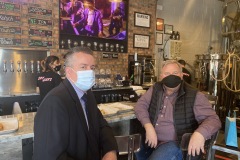 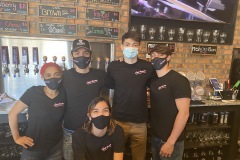 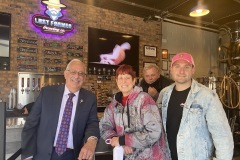 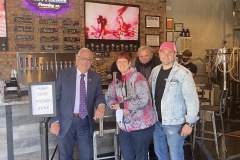